CONCORD, MA, April 14th, 2017 – After a year marked by flat demand, student interest in online academic programs is growing again.  Inquiries for online programs in February were up 13 percent, year-over-year, according to GrayReports, a monthly review of student and employer demand trends in higher education produced by strategy consulting firm Gray Associates, Inc.  Online inquiries have now increased in seven of the last eight months, according to Gray.

The gains in inquiry volume reported for the first two months of 2017 and the second half of 2016 diverge from the overall trend for 2016, which saw inquiry volume grow by just one half of one percent.  An inquiry is defined as a search for information, online or otherwise, about an academic program and/or an institution of higher learning.

“We’re seeing a fundamental shift in how students want to be educated, especially among nontraditional students,” said Bob Atkins, Gray Associates Founder and Chief Executive Officer.  “Students who might be juggling the responsibilities of raising a family and holding down a job are looking for alternative ways to continue their education.  Online programs offer them a way to do that by letting them learn at convenient times and not have to come to campus.”

The increases in inquiries for online programs is a bright spot in a higher education market that has seen declining demand for several years, due largely to a college-age population that is not increasing.  Student inquiries overall were off 12 percent year-over-year in February, the same decline seen in January.  They have now fallen in every month going back to January 2016.

Similar trends were reported for conversions, i.e. expressions of interest in specific institutions by prospective students who previously made inquiries.  Inquiry conversions for online programs were up 36 percent year-over-year for November 2016, the fourth consecutive month of gains.  Online program conversion levels for December 2016 and January 2017 have already bested the year before, and February 2017’s level is expected to, as well.  Because conversions can follow inquiries by several months, Gray waits three months to report conversion data.

The programs seeing the largest increases in inquiry volume for February were: human services, up 280 percent; accounting and business, up 129 percent; counseling psychology, up 119 percent; medical insurance coding, up 114 percent; and electrical and electronics engineering, up 91 percent.

The programs with the biggest drops in inquiry volume for February were: Electrical, Electronic and Communication Engineering Technician, down 88 percent; Radiologic Technology, down 70 percent; Accounting and Finance, off 70 percent; Computer and Information Sciences, General, 68 percent lower, and Criminal Justice / Safety Studies, down 60 percent. 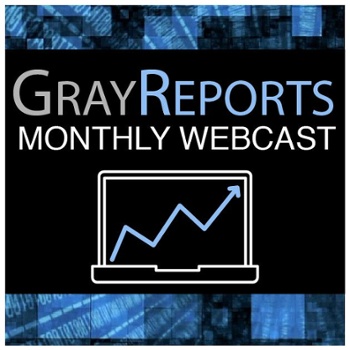