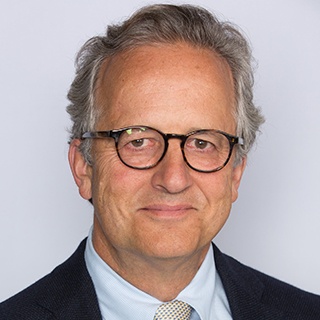 would be remiss if I didn’t mention that some of these may not even be legal in your state and others are in their infancy (or perhaps before).

The emerging programs spectrum: There’s no right place to be.

Some of the best program ideas aren’t yet in the traditional data sources like IPEDs or the Bureau of Labor Statistics. We call these emerging programs because the taxonomy doesn’t include codes for these fields.

The way I see it, emerging programs fall on a spectrum. Some are so far out there that they may never materialize, some are very small but real, and some are already happening academically and commercially, but not formally accounted for yet. They are attractive because they promise rapid growth and relatively little competition for students.

The right place to be on the spectrum varies by institution. Some institutions like to be on the cutting edge, while others may not want to engage with emerging programs at all. There’s no right answer. It depends on your situation, culture, mission–and financial resources. Please see my last blog for the seven questions you should ask before jumping into emerging programs.

Today, let’s take a look at one emerger: quantum communications and computing.

We have all been hearing and reading about the promise of quantum computing and communications for decades, but the technology simply did not exist. That has changed.

As an example, Einstein predicted that there would be particles that would exhibit behaviors that were “spooky at a distance.” So what does spooky mean? Somehow, two particles can be made that will turn in the same direction and maintain the same orientation, no matter how far apart those two particles are in space–even half a universe apart. Recently, these “entangled” particles have been produced in labs. Which is all well and good, but far from useful.

Then the Chinese launched a satellite using entangled particles as a communications device. The beauty of using entangled particles to communicate is there is no apparent signal back and forth between the two particles and therefore there’s no way to intercept the signal. There is no need for a clear line of sight between the sender and receiver, and they can (in theory) be infinitely far apart. Not to mention, you don’t need any wires. Of course, as it is scaled up, the communication could also be very fast–and very secure. So, the race is on to create these communications systems–and to crack them.

Similarly, Google recently announced that it had not only built a quantum computer, but it had actually run an algorithm that achieved “quantum supremacy”: it performed calculations that would take a nearly infinite amount of time on conventional computers.

Using their quantum computer, Google ran calculations that would take over ten thousand years of standard computing time, and did it in 200 seconds. So it is a huge breakthrough in terms of sheer compute power.

Google is not the only one. Quantum computers are being built as we speak. Companies such as D-Wave Systems make these available for purchase or timesharing. And interestingly, Amazon also joined the quantum computing field and is offering quantum computing services as part of its cloud-based computer service platform.

We’re starting to see signs of jobs in quantum computing. Outside of academia, some of the cutting edge companies, whether it’s Goldman Sachs or Booz Allen, are investing in people to build quantum systems within their organizations. But realistically, we’re still talking about 250 jobs in the country. So this isn’t a large field of employment right now, in part because there are very few people with quantum computing knowledge and skills who are capable of being employed in the field. If this really takes off, there’s an opportunity for institutions to offer programs in this field.

The University of Wisconsin in Madison is teaching quantum computing and training people in the conceptual, mathematical and experimental knowledge required to run quantum computers. They’re really building the operating systems and the computer languages that will be required to run these efficiently and effectively and beginning to run the very first applications, tests, and simulations.

MOOCs are also offering programs in quantum computing software development. In fact, if you’re trying to find what’s cutting edge, oftentimes it will show up on the MOOCs first because the barriers to entry for launching a program are very low and they can reach a global audience.

Whether quantum computing will ever really take off is still a bit of a bet. But as I said before, I truly believe that every higher-education institution needs to stay on top of emerging programs. So I hope this series keeps you informed and gets you thinking. Join me here on the Gray Blog every day this week to learn about more emerging programs, some pretty far-fetched, others that are already large markets with several institutions offering them.

My hope is to arm academic leadership teams with the information they need to answer some of the most important questions: What’s out there? What’s right for our institution? What do our students want and need? What fits our mission? And what feeds our margins?

Have an hour? Watch our recent webinar on 5 Emerging Programs You Should Know About in 2020. Have just a few minutes? Watch the Quantum Computing portion of the webinar here. Want to discuss what emerging programs might be a fit for your institution? Let us know. We would be glad to help.

Gray did a deep dive into lucrative jobs for graduates and while the results are mixed, there is one program overall that wins the day. It is not in engineering.

Would you be surprised to know that the graduates of this month’s featured program become lawyers, judges, elementary school teachers, and more?

Gray Associates, Inc. is a strategy consulting firm focused on higher education. We help education clients develop fact-based institutional and marketing strategies that maximize outcomes for students, the school, and its constituencies.