Thank you for joining me on this 5-day exploratory of Emerging Programs. We started pretty far out there and shared programs on the cusp; now we’re wrapping up this series with Esports, a program that’s already here and now for many higher-education institutions. 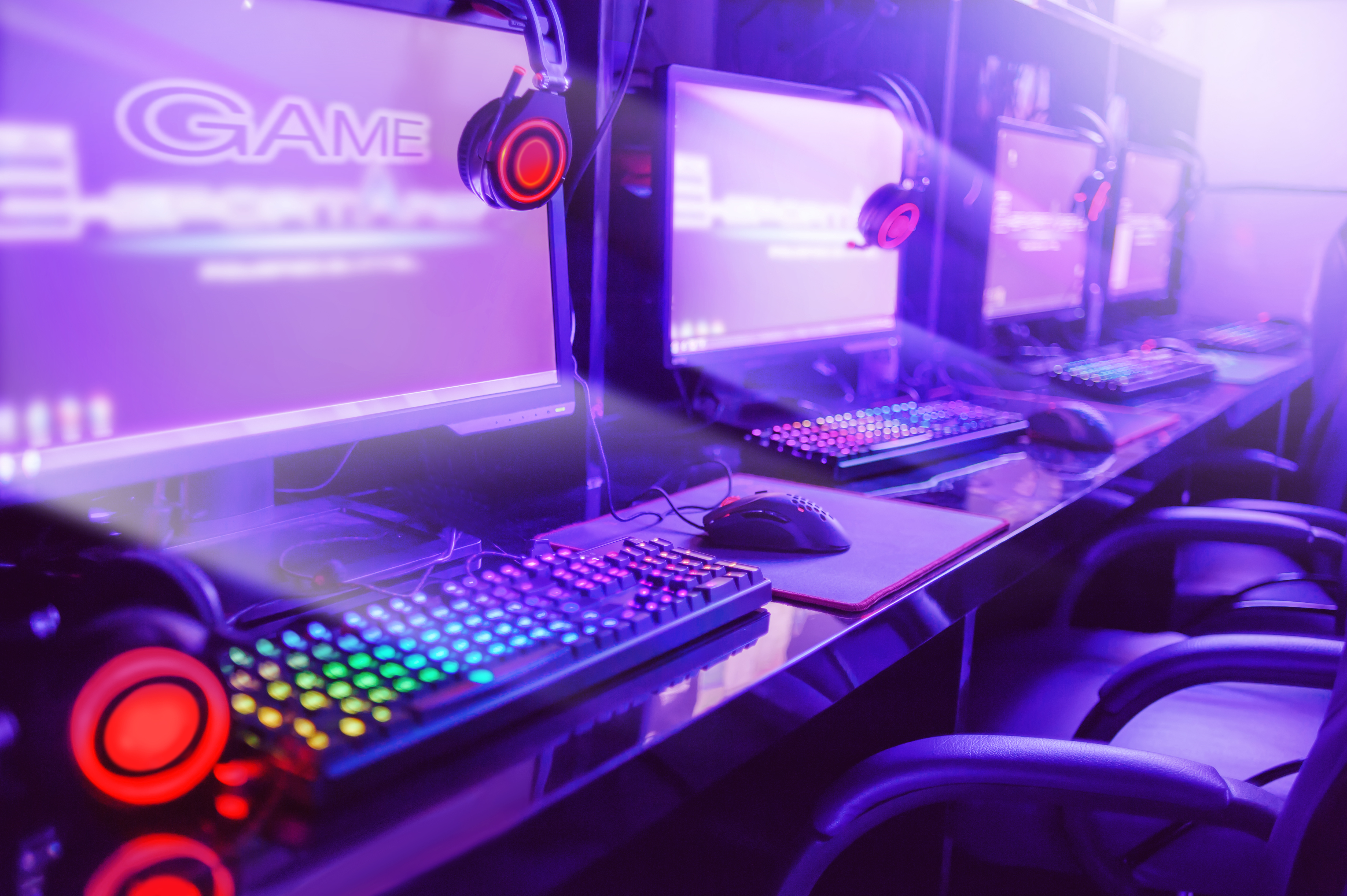 Esports is driving the Video Game Industry to new heights and rapid growth. In 2019, the Video game industry was bigger than the Movies, Music, NFL, MLB, NBA and NHL industries combined. Keep reading to find out how Esports is changing the world in terms of employment, research, facilities, and programs.

Esports: What is it?

Esports, or electronic sports, is competitive video gaming. Esports operates much like traditional sports, with leagues based on popular games, such as Fortnite, League of Legends, and Call of Duty. Gamers and Esports teams compete at organized tournaments and online.

Watched by millions of fans in-person, on television, or through streaming services such as Twitch, successful gamers have loyal “fandoms” and can earn millions. Major service providers include Twitch (streaming video), gaming companies such as Activision Blizzard and Tencent, and teams and organizations such as Team Liquid and Cloud9. Some industry enthusiasts predict Esports will become an Olympic sport.

Viewership of Esports rivals that of major league sports and may grow even bigger. Let’s take a look at Esports by the numbers:

Traditional sports franchises are getting into the game. The NBA launched its own Esports league around the NBA 2K game franchise, complete with a draft. Dallas Cowboys owner Jerry Jones purchased a majority stake in Complexity Gaming. The New York Yankees entered a partnership with Vision Esports, an Esports investment firm.

What’s the market for Esports?

The global Esports market is expected to reach $1.1 billion in 2019 and grow to $1.8 billion by 2022. Sponsorships generate the most revenue. Media rights are the fastest-growing segment. North America is the largest geographic market; China is second. Franchise values are rising.

Employment in the world of Esports

The number of Esports jobs is modest but growing rapidly, these jobs involve a range of occupations and skills. Hitmarker hosts an Esports job board. There were 4,600+ jobs in the first half of 2019, up over 2,000 jobs YoY. Of these jobs, 20% are for management and marketing positions. Glassdoor listed 1,303 Esports jobs in December 2019 including:

Esports in higher education is evolving from an activity to a field of study. Varsity collegiate Esports began in 2014 with Robert Morris University’s scholarship-sponsored League of Legends team. By December 2019, over 170 schools, with over 5,000 student-athletes, participated in Esports through the National Association of Collegiate Esports (NACE), which was formed in 2016.

According to NACE, nearly 200 US colleges are offering around $15 million per year in Esports scholarships, and university teams can earn millions more in tournament prizes. Average scholarship estimates range from $4,800 to $7,600 each. Some schools, such as Harrisburg University of Science and Technology, even offer full scholarships for their entire varsity teams.

Institutions are building Esports facilities for their teams and programs. The University of Akron opened a 5,200-foot Esports facility in fall 2018 costing $750,000. At the same time, the university announced the closure of 80 academic programs.

Esports is making its way into the curriculum with programs focused on Esports business and management (akin to a sports management degree). Becker College launched the nation’s first Esports program in fall 2018, with a BS in Esports Management. There are many other Esports programs out there. For all the details, watch our Emerging Esports Programs webinar.

Have an hour? Watch our recent webinar on 5 Emerging Programs You Should Know About in 2020. Have about 10 minutes? Watch the Esports portion of the webinar here. Want to discuss what emerging programs might be a fit for your institution? Let us know. We would be glad to help.

Have you seen my other Emerging Programs Blog Series posts? Find out what I have to say about Emerging Quantum Computing, Human Microbiome, Unmanned Autonomous Vehicles, and Cannabis Programs. Before you jump into the Emerging Programs pool, make sure you ask yourself these seven questions.