The 65 billion dollars allocated in the recent infrastructure package marks the largest investment the United States has ever made in the expansion of broadband access.  The bulk of that allocation is roughly 42 billion dollars in state grants, with an emphasis placed on improving access in more rural areas that have historically been left behind when it comes to ready connectivity to high-speed internet. Using Gray’s job postings data, we can see where some of the most significant broadband providers currently stand, and where they may be headed.

The nation’s largest ISP is Comcast, with more than 30 million subscribers and 100 billion dollars in revenue.  Here’s a look at their job postings numbers for the past year: 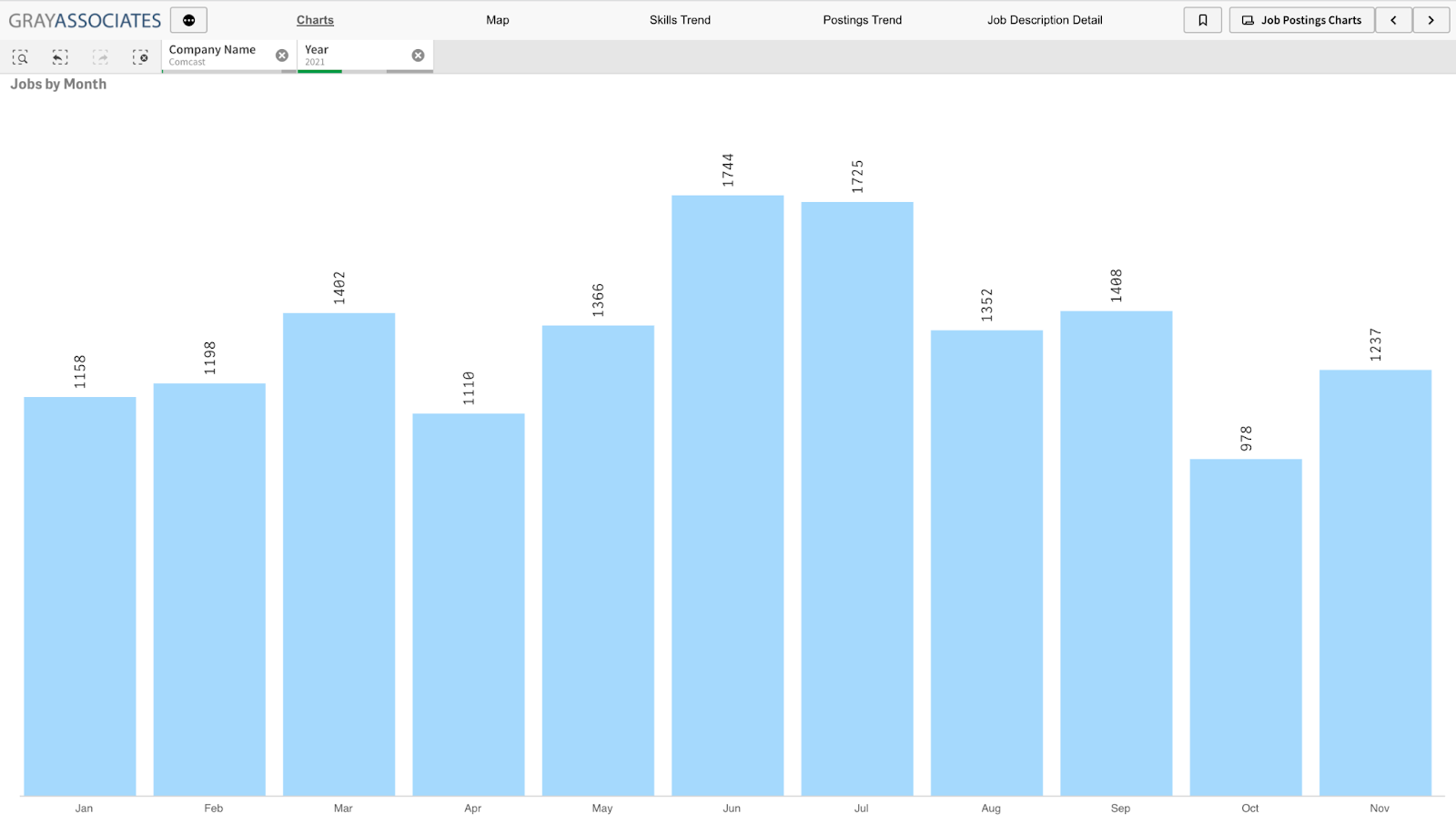 According to Gray’s data, Comcast is regularly looking to hire more than a thousand workers, with an average of 1,207 postings for the past three months.  However, the more significant growth could be found in the companies that specifically serve more rural areas.

Rise Broadband serves several states in the Midwest and West, and was voted “Best Rural ISP Overall” by CNET in 2021.  With 150,000 subscribers, it also has a large potential for expansion, especially if tapped by states to implement the increased access to broadband the recent legislation envisions. How does their hiring compare to Comcast? 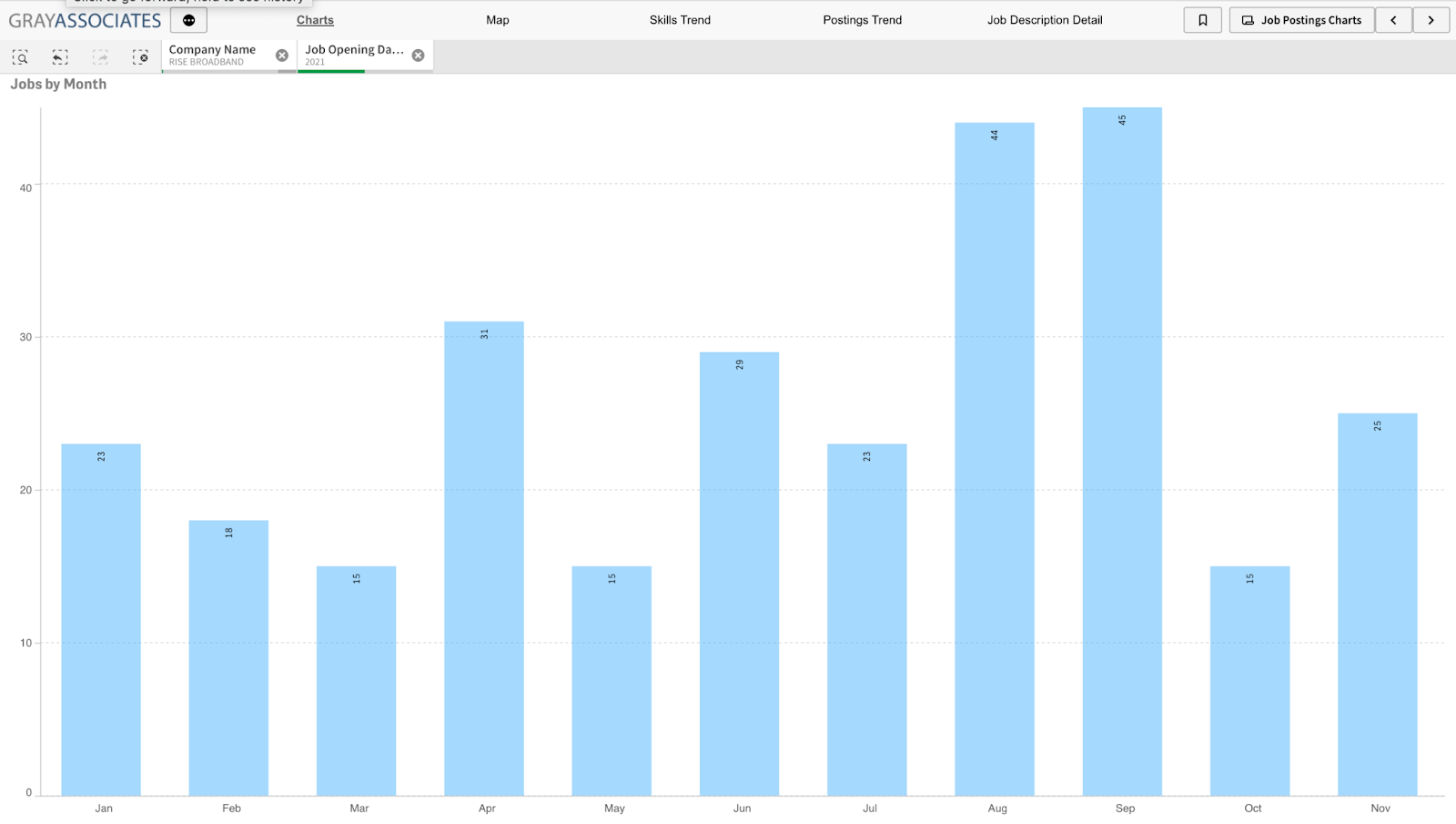 Rise had just 25 job postings in November 2021.  File that under "watch this space."  With an emphasis on reaching the furthest corners (and often the neediest citizens) of the country, the infrastructure bill’s broadband investment has the potential to greatly impact companies such as Rise and the job markets where they do business.  But don’t expect it to happen quickly.

The National Telecommunications and Information Administration (a division within the U.S. Department of Commerce) has six months to implement the Broadband Equity, Access, and Deployment Program which will oversee the distribution of state grants.  After that, it may be years until some of these projects come to fruition.  We will continue to monitor this data to see how and where this investment is most affecting the communications industry, and the employment opportunities within.