As recovery from the Covid-19 pandemic continues and vaccines are more readily available throughout the country, employment opportunities have surged in the second quarter of this year.

An examination of Gray’s Job Postings Dashboard shows that postings have remained above two million for the previous four months, having begun to rise as early as January. 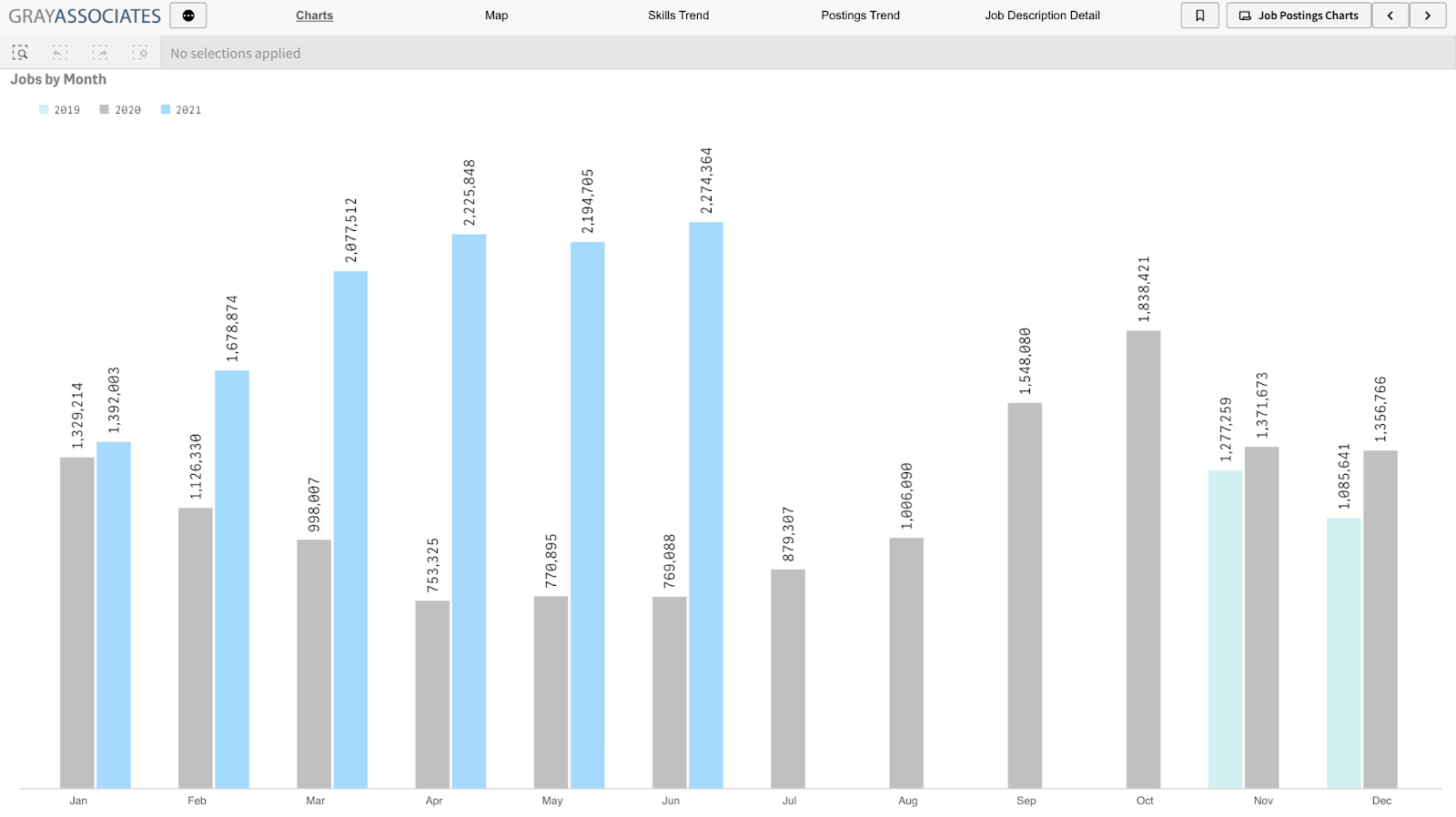 June continued the upward trend with a staggering 2,274,364 postings, a 195% increase over the previous year.  These numbers are particularly significant when we look at the data for pre-pandemic months.  A look at November and December (months known for seasonal holiday hiring, it should be noted) of 2019 shows postings topping out at 1.27 million; a full one million shy of the recent June numbers.

As is always the case, the majority of these jobs are entry-level positions typically requiring little higher education.  However, when we filter for postings where employers have specified a degree, the charts are surprisingly similar.

Job Postings by Month, Associate's Degree or Above 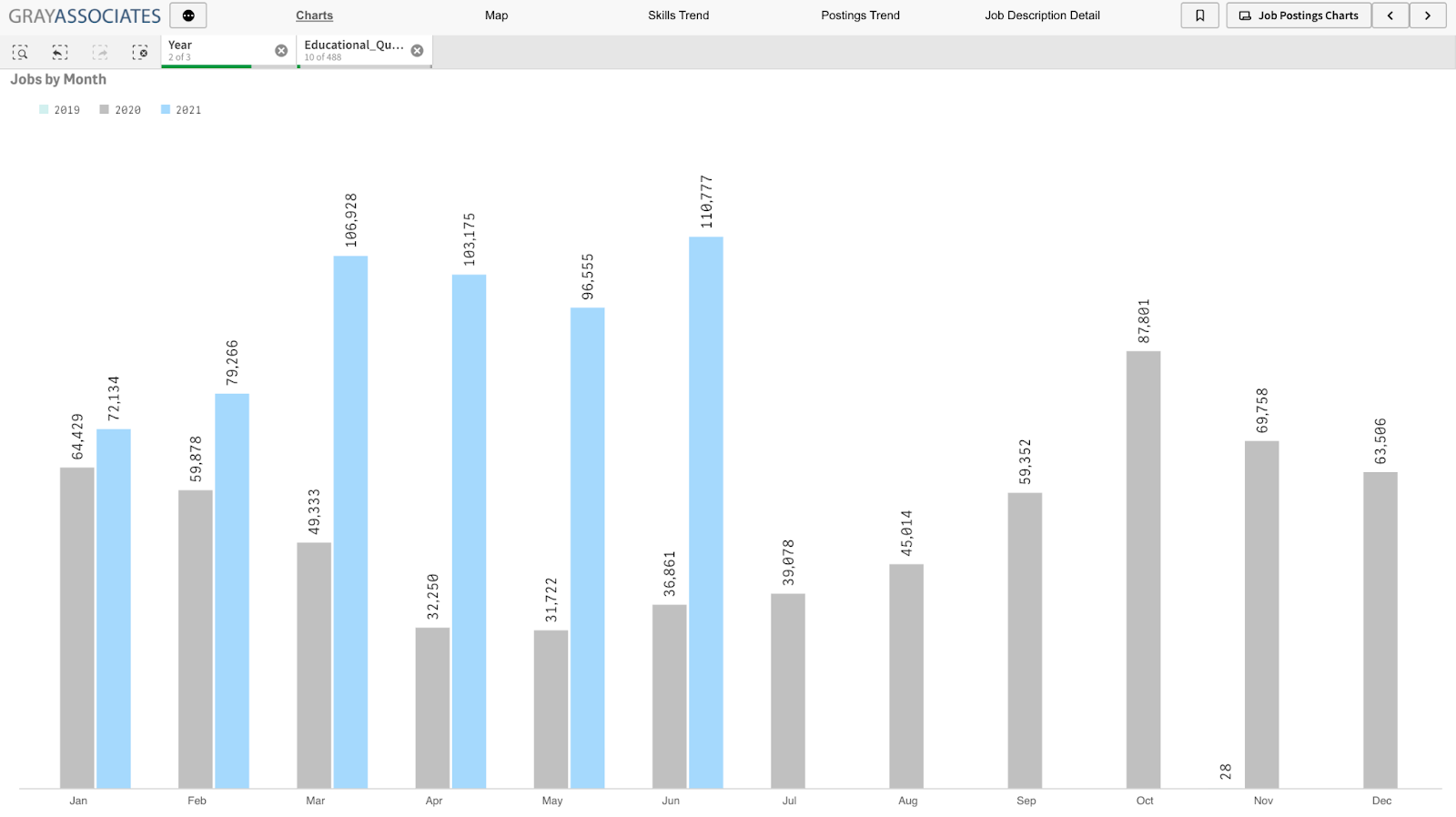 While the numbers are not as extreme, the trend remains clear:  employers are hiring.  If we explore which companies are driving this surge, the results contain a few interesting pieces of information.

Job Postings by Company for June 2021 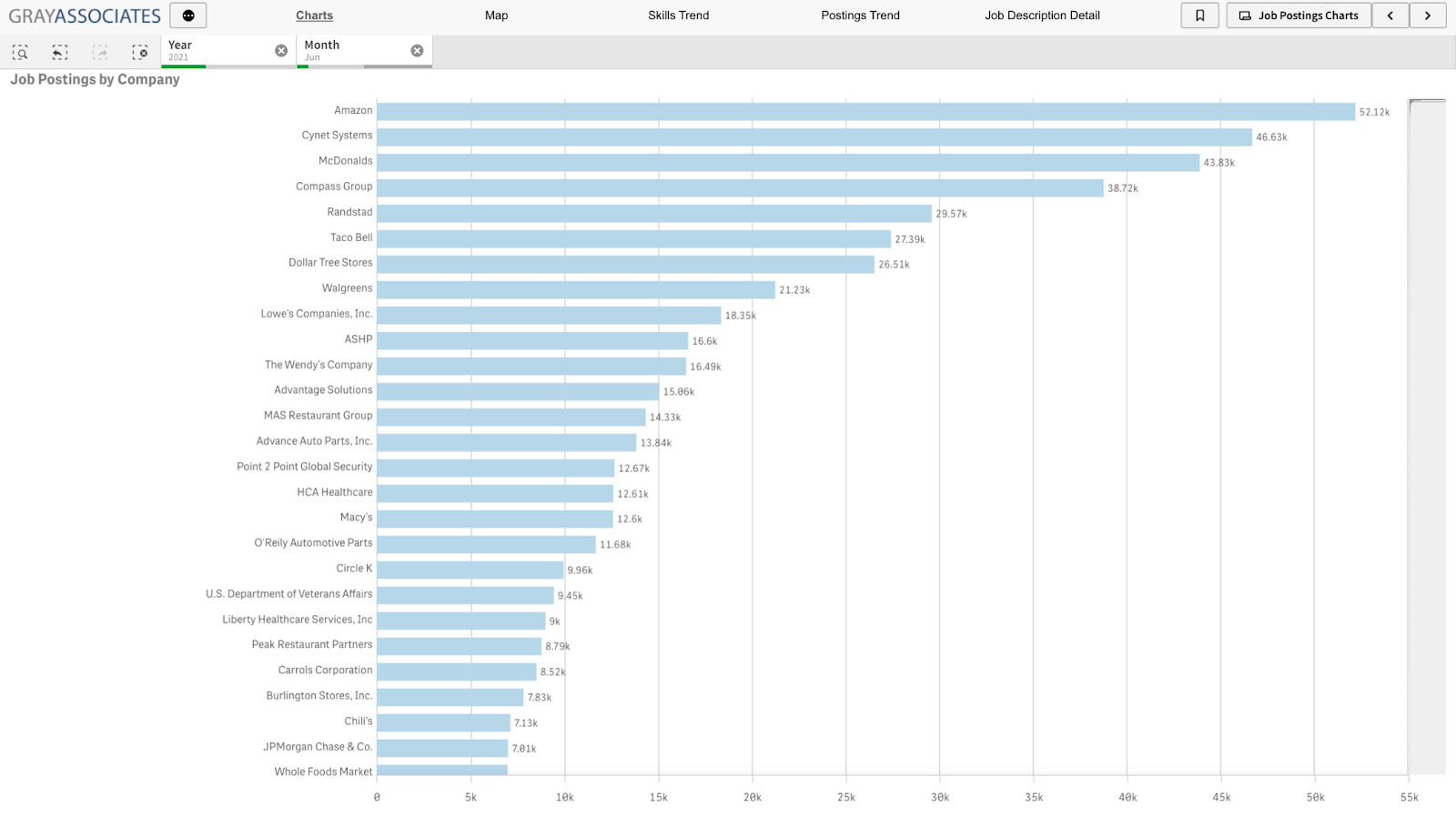 Not surprisingly, Amazon leads the hiring trend with just over fifty-two thousand active postings in June.  Cynet Systems, McDonald’s, Compass Group (a food services company based in North Carolina), and Randstad Staffing round out the top five.  Noteworthy here, however, is Cynet in second position, with over forty-six thousand postings.  While assuming that several of the postings for companies such as Amazon and McDonald’s are entry-level or low-wage, Cynet is a staffing company that specializes in technology positions, indicating again that it is not merely those entry-level positions that are in demand.

According to the Bureau of Labor Statistics, “Total nonfarm payroll employment rose by 850,000 in June.”  So as nearly a million people attained or went back to employment, the fact that job postings remain above two million would seem to indicate that employer demand remains at record levels.