The “Fauci Effect” and the Job Market

The “Fauci Effect” refers to the significant bump (nearly 20%) in medical school applications, as reported by admissions officials across the country.  The officials attribute the unprecedented rise to the popularity of Anthony Fauci, the director of the NIAID, who essentially became the face of our nation’s response to the Covid-19 pandemic nearly a year ago.

While it’s impossible to verify the presence of the “Fauci Effect,” there is no doubt that doctors, nurses, and other healthcare professionals have been front and center on a daily basis since the pandemic began.  A recent report from NPR states that “The deluge of applications come as the nation faces a projected shortage of physicians.  The United States will be short 54,100 to 139,000 physicians by 2033.  More than two out of every five doctors now practicing will reach retirement age over the next 10 years.”

Another report, from The New York Times, claims that doctors and nurses are leaving the profession in droves:  “Nearly a fifth of primary care clinicians surveyed in September say someone in their practice plans to retire early or has already retired because of Covid-19, and 15 percent say someone has left or plans to leave the practice.”

NPR’s report goes on to say that a whopping 35% of registered voters surveyed in 2019 say that they’ve had trouble finding a doctor, up from 25% in 2015.  This might suggest that the job market for doctors will be on the rise in coming years.  Let’s take a look at Gray’s job posting data for physicians over the course of the past 14 months. 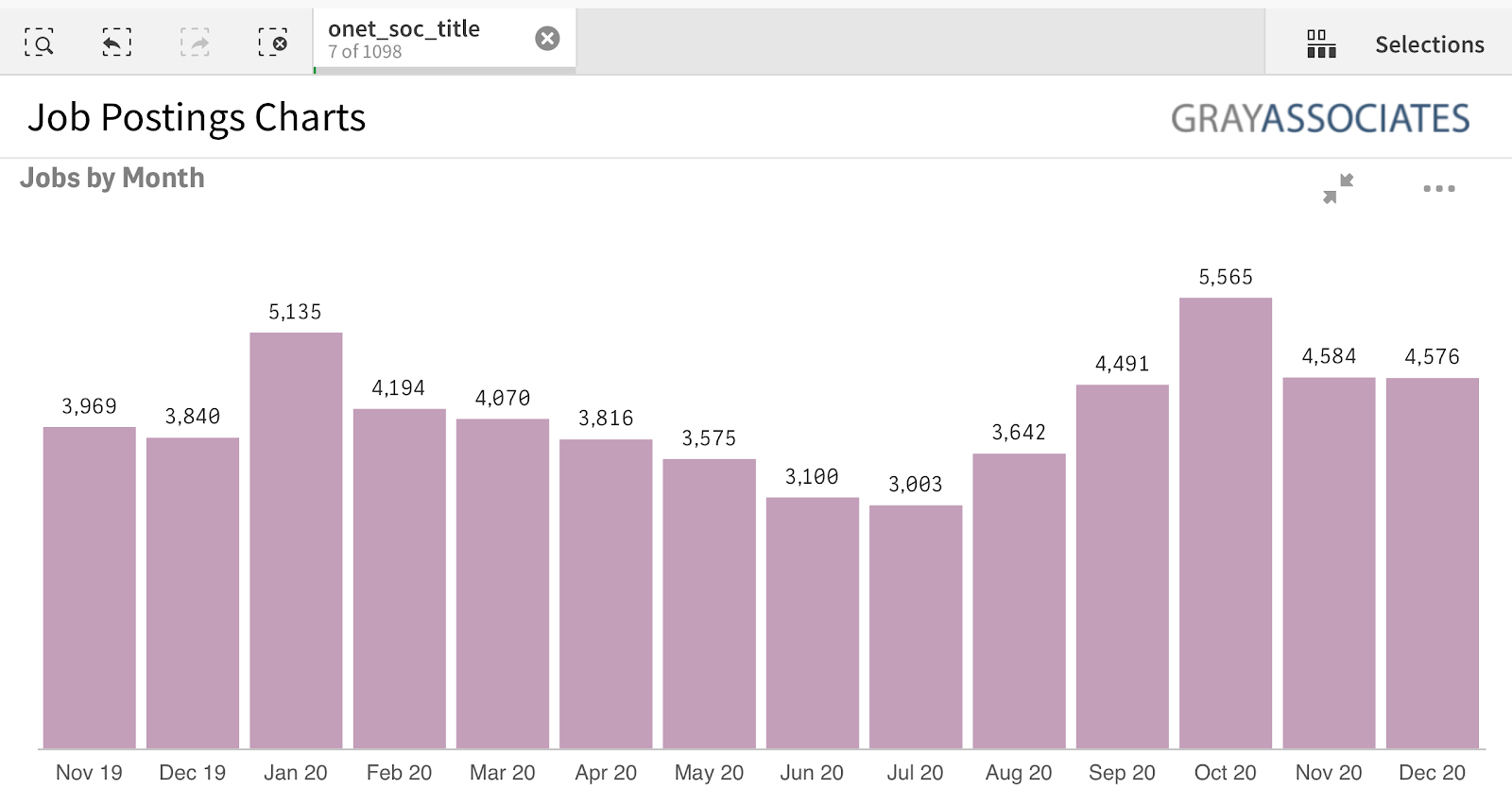