Infrastructure and the Jobs Market, Part One: Truckers

President Biden has just signed the recently passed infrastructure bill into law, there has been wide-ranging speculation over just how many jobs the bill may create.  Figures of up to one million have been talked about by both the White House and outside observers. Improvements to roads, bridges, railways, and water systems are among the many goals of the package, as is providing broadband access to a greater number of Americans and installing charging stations for the anticipated upswell of electric vehicles.  This is an ambitious undertaking, to say the least.  However, with labor shortages and supply chain issues making near-daily appearances in the media, an important question remains:  who will get all of this work done?

Over the following several blogs, we at Gray will explore some of the jobs that are likely going to be in high demand as a result of the infrastructure package and see how the state of the job market may change as the bill is implemented.  Let’s start with a relatively simple one:  truck drivers.

There is much work to be done, and contractors will need materials to do it. The New York Times recently published an article citing a report by the American Truckers Associations that put the truck driver shortage at roughly 80,000 drivers.  We used Gray’s Jobs Postings data to see if postings for truckers reflect this shortage. Take a look: 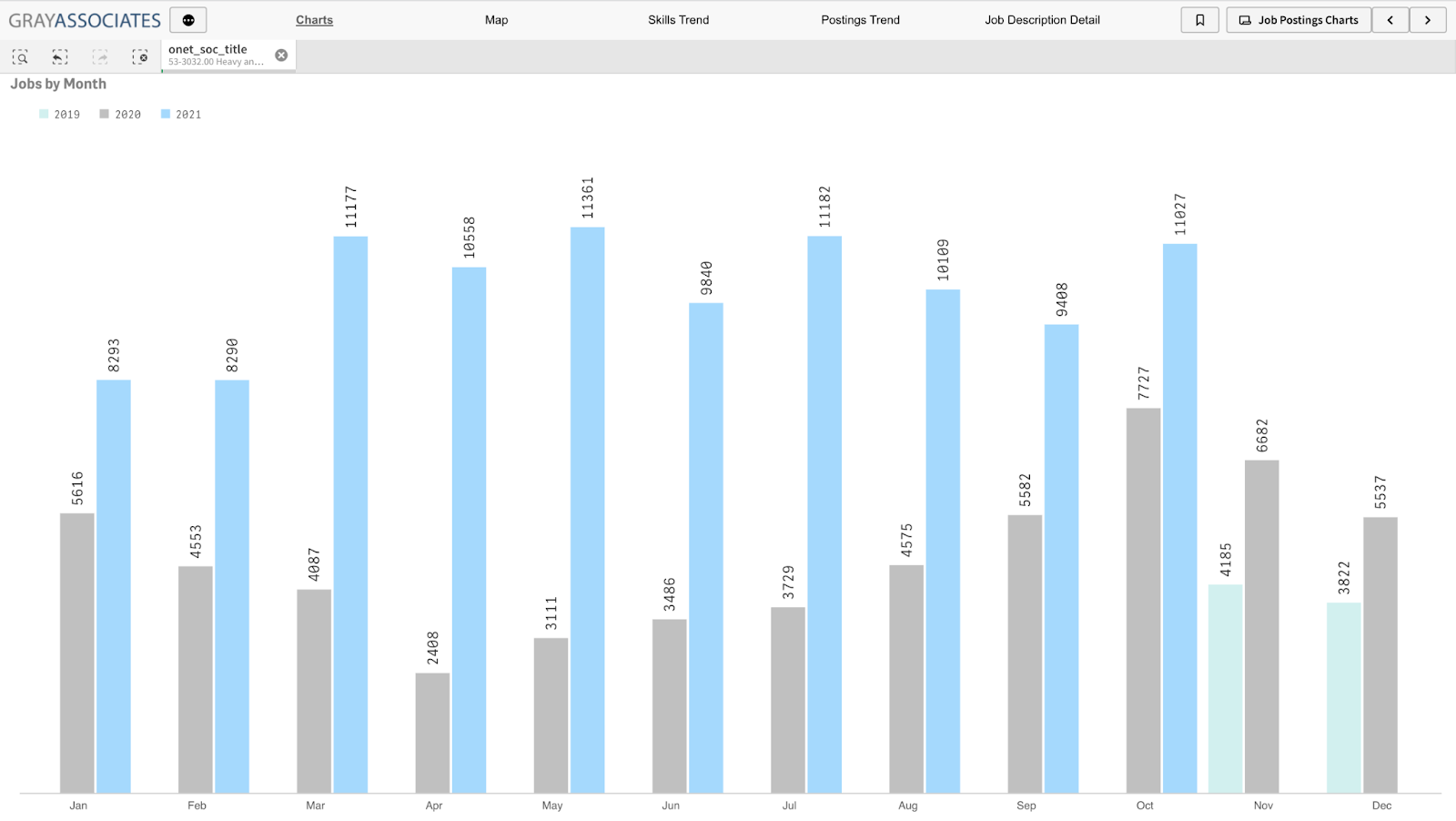 Job postings for the Standard Occupational Classification “Heavy and Tractor-Trailer Truck Drivers” came in at 11,027 for October, up 3,300 or 43% from last year.  Even more striking in this chart, though, is the persistent trend for all of 2021.  When we look back at the data for pre-pandemic 2019, the number of postings tops out at 4,185, well below half of the current need.

So, in short, the shortage appears to be not only real but growing.  However, in response to the Times reporting, Time magazine published a piece contending that there is, in fact, no driver shortage, but that hours, working conditions, and wages were a barrier to commercial truck drivers returning to the job.  Regardless of the realities within the industry, Gray’s data can at least confirm what is perhaps the bottom line:  drivers wanted.