Job Skills and the Rebound

The decline in current job postings has slowed significantly – from a 23% drop in March to a 4% decline in May. However, these averages mask wide variations by skill level and state.

Nationwide, lower-skill jobs, those not requiring a bachelor’s degree or higher, declined just 1%, 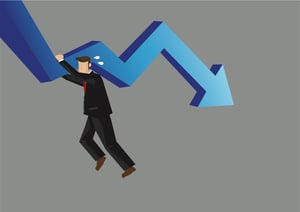 led by increases in retail and service positions. For example, job postings for Customer Service Associates jumped from 89 in April to 3,960 in May. Similarly, postings for Pharmacy Technicians increased 240% from 698 to 2,374.

The rate of decline in job postings also slowed down for skilled workers, but only to 11%. Job postings for Software Engineers declined 31.7% while postings for project managers declined 22.8%. Postings for Network engineers and Data analysts dropped more than in previous months, by 60% and 62% respectively.

In a few states, job postings actually increased. Postings rose fastest in Ohio at 29%, where restrictions began to ease in early May. Montana began to reopen on April 26, and May postings rose 18%, the second-fastest rate in the U.S. Low-skill jobs drove these rapid increases. For example, in Ohio, job titles with the largest number of postings in May were Delivery Drivers, Customer Service Associates, and Pharmacy Technicians.

In contrast, job postings continued steep declines in states still under strict quarantine in May, such as New York and California. Jobs fell 21% in New York and 16% in California. The jobs with the greatest number of postings were different in these states, where many required a bachelor’s degree or higher. For example, in New York, the top jobs included Registered Nursing and Tax Professionals.

For once, the advantage goes to lower-skilled workers. College graduates will have to wait longer for higher-skill jobs to rebound.