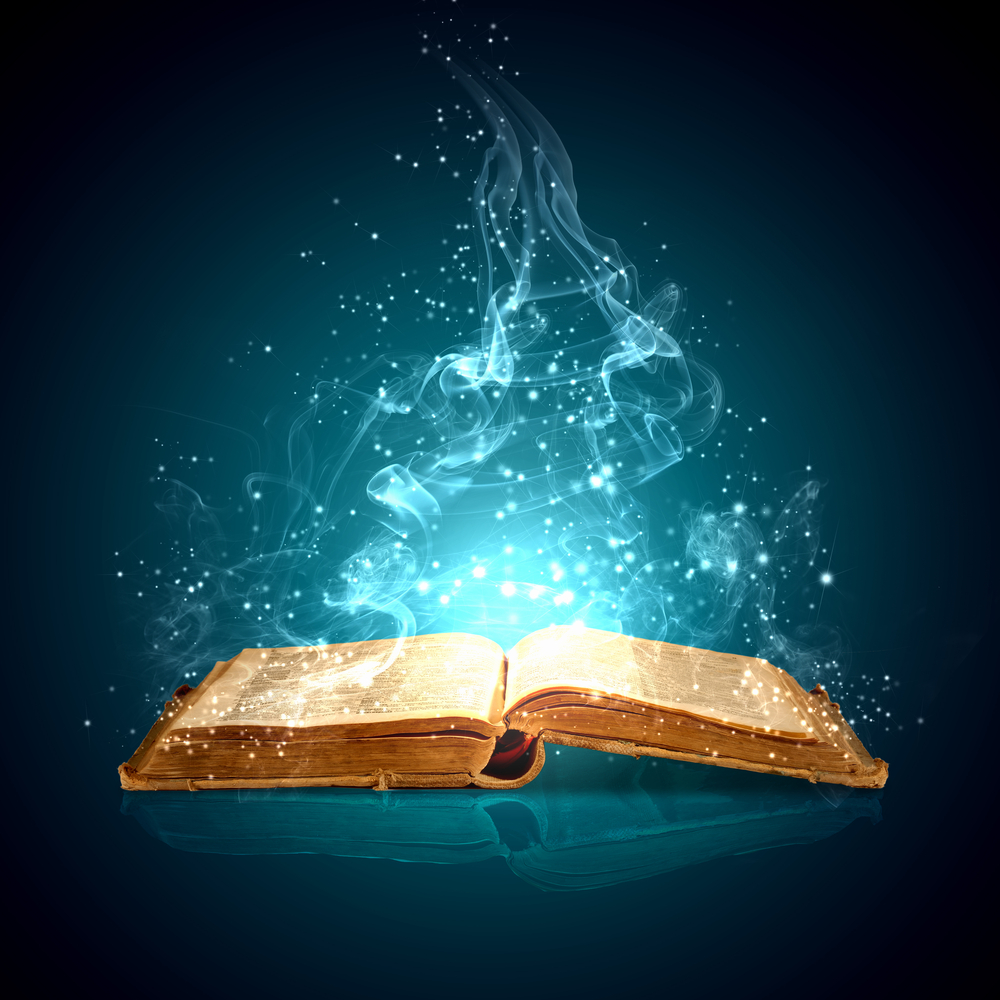 Creative thinking skills are more important than ever if we are to deal with the vast and complex array of challenges facing nearly all colleges and universities.  In my own research on successful college management practices, one of the most enduring characteristics of resilient institutions is an ‘innovative mindset’.  Especially when times are tough—like right now—the ability to anticipate, listen, and act quickly is often the thing that sets successful colleges apart.

Having been in the trenches for more than three decades, I also know that this mindset is not easy, especially for academic institutions.  As legendary management consultant Peter Drucker concludes in his article, The Discipline of Innovation:  “In innovation, there is talent, there is ingenuity, and there is knowledge.  But when it’s said and done, what innovation requires is hard, focused, purposeful work.”

In my experience, one of the major roadblocks in the way of our success is that over time, institutional leaders have accepted a number of harmful myths about innovation as truths.  These myths also play a critical role in limiting our willingness to take risks and to pilot and scale up new initiatives.  Here is my top five list of these common myths–along with some thoughts about how to avoid getting trapped in them.

Myth #1:  Innovation is too difficult

Leaders sometimes hesitate to initiate innovation in part because they think it will be too hard or that it will require bringing in an expert who is schooled in how to think and act innovatively.  A variation of this myth is the belief that innovation costs too much.  A provost friend of mine at another institution recently told me that she was holding back on initiating a curricular change effort for precisely this reason—it would be “too difficult” to get her faculty on board, and if she did get them on board, they would most likely come up with ideas her institution cannot afford to implement.  “So why bother?” she concluded.

However, the science of innovation suggests that many of us tend to overthink innovation on the front end, talking ourselves out of taking even those less risky, smaller steps forward which over time can set the stage for positive change.  What to do the next time you are tempted to put something in your “too-hard” basket?  Shift your focus from thinking about innovation as a singular event with groundbreaking outcomes to building a climate that teaches, rewards, and incentivizes innovative thinking.  According to Drucker, the most effective innovations start small, are simple and are focused.

Rather than focusing on some big blitz, top-down driven “innovation initiative” that immediately puts people on edge and leaves them feeling defensive, start instead by nurturing a climate where faculty and staff are enabled to leverage their existing natural curiosity on a daily basis, and where institutional structure and process allows for and welcomes wide sharing and cross-pollination of ideas from every corner of the campus.  St. Olaf College was on the forefront in this regard with its launch nearly 20 years ago of the Center for Innovation in the Liberal Arts, a dedicated campus resource for facilitating faculty conversation around innovative practice in teaching and learning.

People love to describe a kind of “eureka” experience when explaining the origin of a new, great idea; however, most innovations incubate slowly, sometimes over years or decades.  According to author Steve Johnson, many of the great innovations in history did not come about as a lightning bolt but instead were the result of years of small, incremental changes, a lot of trial and error, and repurposing of old ideas.  For example, when Tim Berners-Lee first created the World Wide Web as a tool for scholars, he never imagined that it would evolve over time into a network central to the development of the Information Age, used by billions of people to interact on the Internet.

At my own institution, The American Women’s College—an innovative, fully online educational program that is transforming the way adult women learn—emerged from a decade-old campus-based program serving adult women.  Most institutions have existing offerings that can be repurposed or reimagined to serve a new market of learners.

The challenge is to teach yourself how to look at something very familiar that exists in one form and see new possibilities, new markets.  For example:

Especially in this new climate where college affordability concerns are top of mind and resources are strained, it is imperative that we consider how our programs, support services, and administrative infrastructure might be reconfigured to meet students where they are.

Myth #3:  Innovation happens in a vacuum

When institutions embark on innovative initiatives, the natural tendency is to separate the individuals doing the innovative work in order to give them space and room for the ideas to blossom, as well as to protect them from institutional constraints.  Indeed, this can be an important condition for getting a new endeavor successfully launched.  There is also risk, however, in isolating this innovation from the rest of the institution to the point that there is minimal engagement between the two.

As Johnson writes, worthwhile innovation initiatives are most likely to succeed over time when they can fully leverage existing organizational assets and capabilities.  Just as important is the opportunity for ideas to connect with each other.  It is no coincidence that great cultural innovations emerged from the Parisian café culture of the 1920s, where creatives from diverse backgrounds and experiences met in the same space for hours on end.

According to innovation experts, a key to innovation on an organizational level is the presence of a network that broadly facilitates shared interactions that allow ideas to diffuse, circulate, and combine with other ideas.  Institutions that are replacing the traditional academic departmental structure with interdisciplinary clusters that bring faculty and students together across diverse disciplines—such as what was pioneered at Plymouth State University—are creating space on their campuses for new ideas and ways of thinking to emerge.

To what extent are you creating space and opportunity for faculty and staff to mix it up, especially around critical campus priorities?  The next time you launch a new initiative, be sure to consider the composition of your group.  Aim for a wide mix in terms of demographics, such as gender, age, and ethnicity, as well as experience and background.  Some of the best new process ideas on our campus have come not from those who are “in the weeds” with deep knowledge and familiarity but instead from those who were able to look at the process from an entirely different perspective and with new eyes.  So, make sure the group driving your effort is diverse.

Myth #4:  Innovation is something only creative geniuses do

There is a tendency to idealize innovation–to think of individuals like Steve Jobs, Albert Einstein, and Marie Curie as different from the rest of us, as having a kind of genius that enables them to create.  In truth, each of us is born with innate creative instincts.  If you watch children play, you will see them inventing dozens of things within a short time span.  However, by the time we grow to adulthood, our innate creative instincts have been tamed by the conventions of conformity. Similarly, in academic organizations, good ideas are often immediately killed in the interest of the intellect and the analytical process.

In his book, How to Fly a Horse: The Secret History of Creation, Invention, and Discovery, Kevin Ashton tells story after story of individuals who worked tirelessly to create something new, often failing miserably until something took hold.  For instance, James Dyson, the inventor of a cyclonic vacuum cleaner, made 5,126 prototypes before hitting on the successful design.  Or, consider the back story of how the structure of DNA was discovered due in large part to a series of pioneering women who persisted in their field despite barriers of discrimination.  In studying these examples and drawing from his own life experience (which includes coming up with the now-pervasive term “the internet of things”), Ashton concludes that people who are presumed to be “genius” innovators most often earned their success through mundane problem-solving methods:  hard work and trial and error.

What this means is that any one of us and every one of us has the potential to innovate.  If we can open up pathways on our campuses that encourage everyone’s access to creativity within a climate that tolerates experimentation, the potential for innovation might just be limitless.

The other downside to idealizing innovation for its own sake is the belief that innovation always produces good outcomes.  Really?  Innovation is always good?  How about the New Coke debacle?  How might we feel about an innovation that threatens to end our profession?  What impact might today’s great idea have many years into the future?

Innovation is change.  And with change, there are always winners and losers.  If we are honest with ourselves, no one really likes to be on the receiving end of change.  Neuroscientists tell us that uncertainty about the future produces a strong alert reaction in our brains which diminishes our ability to focus.  In brief, our brains do not like uncertainty, and we try to avoid it at all costs.

At the same time, many inventions were created with the best intentions only to lead to dangerous consequences.  For example, tobacco was first used around first century BC by the Maya people of Central America as a helpful tool in sacred and religious rituals.  Likewise, I imagine that Karl Benz and Henry Ford never dreamed that automobiles would one day kill 40k people annually in the U.S.

Leaders should never lose site of the human side of innovation and the fact that any successful idea has many potential outcomes that are impossible to predict and difficult to measure. Idealizing innovation and creativity– without planfulness, intentionality, and strategic direction to provide guidance as to which innovations are worthy of investment and effort–can be as harmful as risk aversion and remaining bound by the way we have always done things.

Still, the evidence is clear:  higher education is experiencing great change and disruption.  One way or another, our institutions are going to shift, either from inside or outside.  Creative thinking skills, and an innovative mindset, are more important than ever if we are to deal with the vast and complex array of challenges facing many colleges and universities and maintain some control over our own destiny.

I will be sharing more insights about what successful institutions and their leaders are doing to nurture innovation on their campuses in future posts.  Stay tuned!

Our October Program of the Month is quickly growing in student demand, yet in 2020, only 85 campuses graduated students from it. Get the data you need to determine this opportunity.